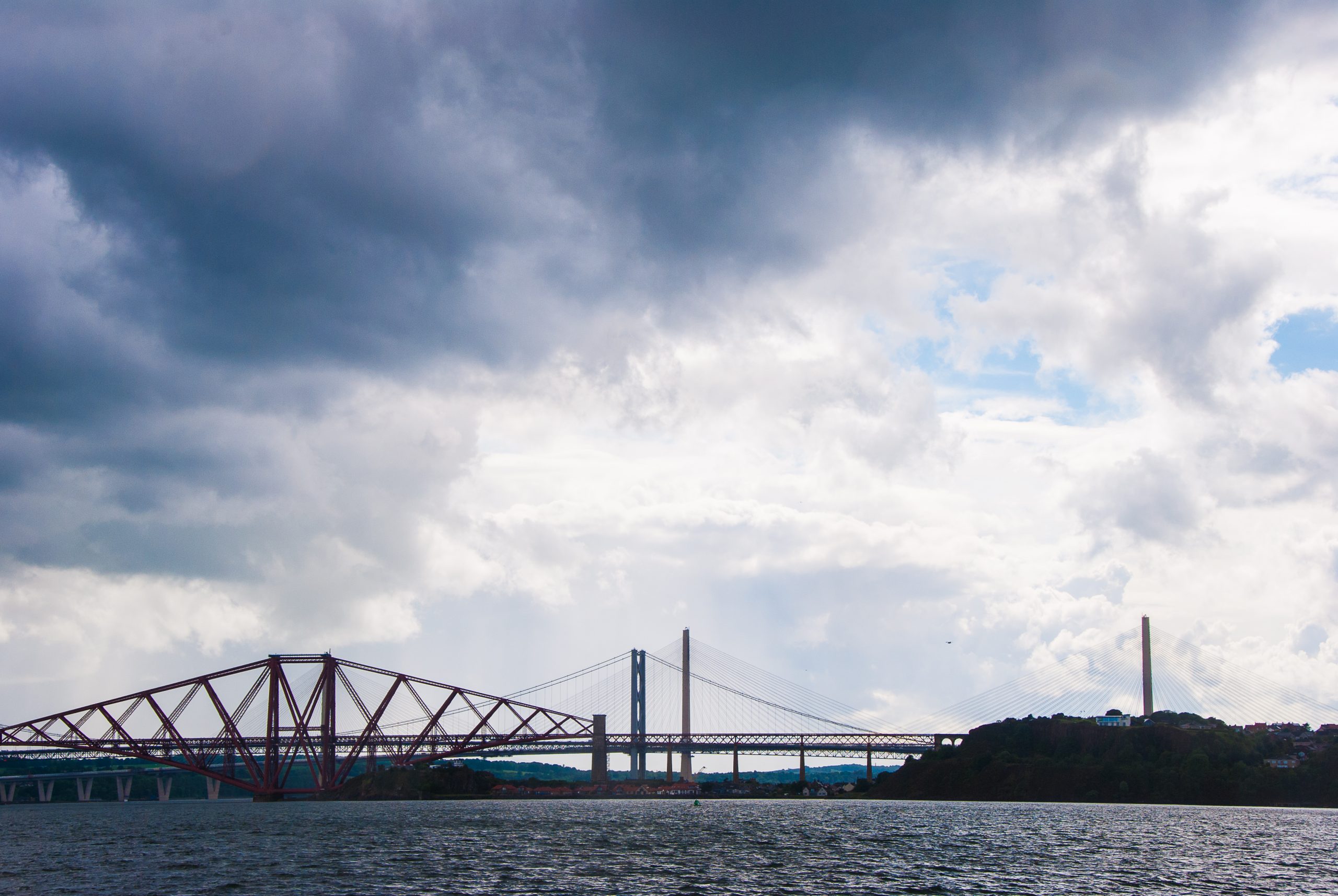 Contemporary politics is perceived by many to be polarising, positional, parochial, unnecessarily partisan, antagonistic and often unhelpfully adversarial. This can be attributed to a number of historical and behavioural factors, including the primacy of political parties, the often binary (yes/no, right/wrong) nature of political decision-making, relatively unsophisticated argument, over-emphasis on debate, and personalisation of issues resulting in animosity, attack and defence on an individual basis. An idea, however sensible, will often be dismissed because of who presents it.

This can result in classic zero-sum outcomes with “winners” and “losers” on the political stage, but sub-optimal policy decisions and loss of focus on the true interests and needs of those affected. Such thinking can be inimical to achieving maximum economic and social performance and use of scarce resources, especially in an uncertain, ambiguous and complex world. It is now well established in many disciplines that cooperation tends to produce more effective outcomes. Indeed, the zero sum approach of the adversarial process can be very damaging to an economy and a society.

Suppose that it is the case that adversarial politics produces sub-optimal results for local communities? What then? Suppose that what is in a particular party’s interests is inconsistent with the national interest?

These issues are particularly concerning at a time of reducing public resources and increasing powers being devolved to Scotland. They can also lead to inadequate accountability, scrutiny and review of legislation and policies, both before and after implementation, and relatively poor policy making and legislation. Overall, the result can be loss of public confidence, belittling of politics and politicians, mirroring of behavior in other public contexts, and damage to parliamentary democracy overall. As an interesting aside, the first President of the Czech Republic, Vaclev Havel, in a brilliant essay entitled “Politics, Morality and Civility”, suggested that economic improvement was dependent on civility.

So it seems that there is a need for more creative and interest-based approaches to policy-making and future planning in order to maximise use of resources and powers and to minimise unnecessary wastage. Some of the remedies lie in enhancing the performance of public servants and officials generally and, in the context of the work of the Independent Commission on Parliamentary Reform, in helping members of the Scottish Parliament and those who support them to be more effective in analysis and assessment of policy, more creative and constructive in developing and assessing the options, and more skilled in the areas of scrutiny, communication, preparation and respectful dialogue.

In parliamentary matters, the value of dialogue rather than debate, working creatively together to understand better the real underlying issues and choices/options available, rather than seeking to knock each other’s arguments down, could be a model for even more constructive activity in an even more mature Scottish Parliament. This is because issues are rarely purely binary and black or white. Indeed the adversarial, debate-based parliamentary model is often singularly unsuited to the complexities of, for example, modern health service delivery, achieving appropriate educational standards, developing a modern infrastructure, assessing difficult taxation and economic issues and so on.

It is well understood that effective decision-making requires full dispassionate, open exploration of all the underlying factors, including those which are hidden by institutional and individual inertia and fear. The means to do so are often a function of competency and skill. Similarly, once the real underlying problems, concerns, fears, hopes, values, motivations and interests are understood, decision-makers are much better placed to identify, again dispassionately, multiple options and to assess and evaluate their potential against a range of appropriate criteria. This enables those responsible for policy and decisions to propose solutions which are of high quality and more likely to be sustainable, durable and effective.

Similarly, follow through in the sense of ongoing regular review of decisions and legislation against pre-determined criteria and benchmarks would enhance the scrutiny and accountability function of a Parliament – and encourage ongoing learning, rather than merely a superficial fault-finding exercise if things subsequently appear to go wrong.

None of this is new. This type of thinking should be recognised in all good businesses and organisations. However, parliamentary decision-making does not always operate in this way. That will be a function of political partisanship, expectations and, of course, the pressures under which politicians operate. It will also, however, and as noted earlier, be a function of gaps in competency and skill, a presumed deficit which can be overcome at least in part by a good training programme.

Separately, the use of language and tone and the building of relationships and trust across political boundaries is critical to a new approach. So much can be achieved by careful choice of words, reframing, separating people from the problem, and a manner which is measured and respectful. At the time of the referendum on independence, Collaborative Scotland proposed these commitments in order to underpin a more respectful approach to political dialogue generally:

Politicians could be encouraged to adopt these in their work. This is not a plea for soft, consensual, touchy feely politics. It is a plea for rigorous and robust discussion of the real issues, accompanied by respect for others, whatever views they may hold, and courtesy and dignity in the political process.

Finally, many would argue that there is a need to understand better what are variously described as behavioural psychology, neuro-biology, neuro science and neuro-politics in order to appreciate the impact of, for example, the fight or flight instinct (Systems 1 and 2 as described by Daniel Kahnemann in Thinking, Fast and Slow) on how politicians and others behave under pressure. Research and training could be useful in what are known as cognitive biases (confirmation bias, reactive devaluation, endowment effect, attribution error, group think, peer pressure, wilful blindness, ladder of inference, system inertia and so on). This reminds us that there is now available much research about how the brain works and how our minds think, which can help both explain why politics can seem so adversarial and tribal and how we might learn to do things differently.  There are a number of ways in which we might take this forward:

The plan would include consideration of the latest developments in professional training, group and individual behaviour, psychology, neuro-science, performance under pressure, risk, and performance review. Modules in the practice of economics, accounting, funding models, and other general topics such as effective use of time, could be offered.

Senior judges, lawyers, doctors and many other professionals in public and private service undertake continuing professional training. A world-class Scottish performer, Andy Murray, has achieved that world class performance by seeking out and using the best coaching throughout his career. At the heart of enhanced performance are skills, competency, capability and capacity, leading to professional confidence, with a positive attitude and awareness. These can be taught and learned and this can be expedited with the provision of the proper resources. Marginal improvements and even minor changes in habit can make a huge difference to performance and outcomes. One well framed question in committee may save millions of unnecessarily spent pounds. One incisive analysis of inconsistent facts presented by a minister may lead to a major policy alteration. And so on.

It is strongly arguable that a structured training programme is not a ‘nice to have’ or a luxury, but a necessary investment which could, over time, make a significant contribution to increasing parliamentary effectiveness and enhancing individual and collective performance, improving political decision-making and making politics (and parliamentary democracy) appear more professional, relevant and credible to the wider population.

There is a sense in which this is really about maturity: politics in many ways, not least with its deferential hierarchies and squabbling, can seem child-like and immature at times. The work of the Commission on Parliamentary Reform offers a real opportunity to encourage greater maturity in politics in Scotland and in the Scottish Parliament – and to lead the world in a new way of doing politics. It will encourage building on existing skills and experience, in what is after all the evolution of a relatively young institution.

To quote Vaclev Havel in the essay mentioned above:  “……., if there is to be any chance at all of success, there is only one way to strive for decency, reason, responsibility, sincerity, civility, and tolerance, and that is decently, reasonably, responsibly, sincerely, civilly, and tolerantly. I’m aware that, in everyday politics, this is not seen as the most practical way of going about it.”

It is time to change this perception about what is most practical so far as it applies to and in Scotland. This is an opportunity for leadership. The window of opportunity may not be open for too long.

John Sturrock QC is the founder, senior mediator and chief executive at Core Solutions Group (www.core-solutions.com) and is also a Visiting Professor in the School of Social and Political Science at the University of Edinburgh.  This article is based on his submission to the Commission on Parliamentary Reform set up by the Presiding Office of the Scottish Parliament.

This article was originally published at Reform Scotland on 28 February 2017.